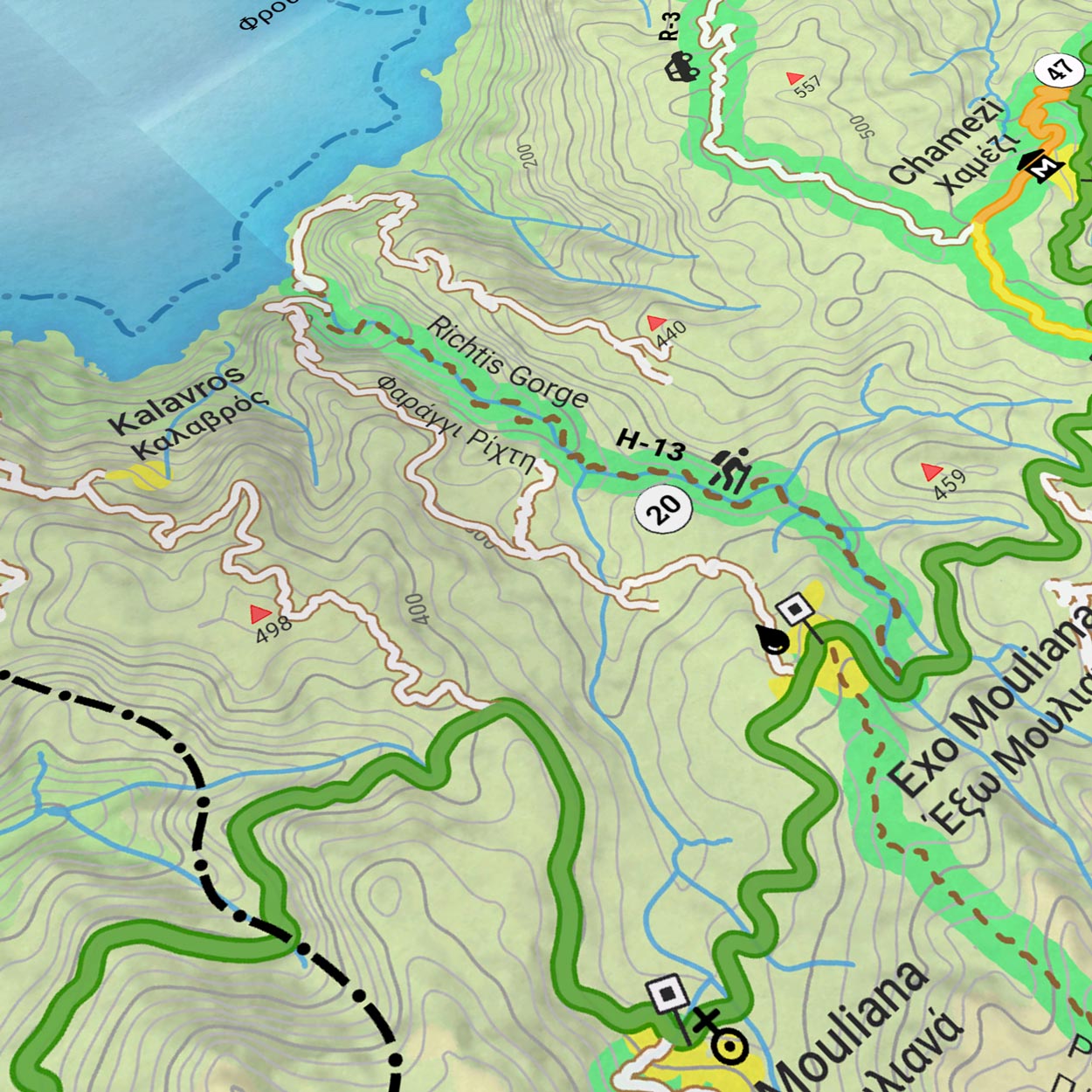 The Sitia UNESCO Geopark is located at the easternmost part of Crete, Greece. It is a large teritorry which entered the UNESCO Geoparks in 2015. It includes a considerable number of locations of significant heritage in terms of geosciences, as well as environmental and cultural sciences.

The management authority of the Geopark, administered by the Municipality of Sitia, collaborated with the Sitia Development Organisation (OAS S.A.) in order to produce a series of promotional material including a Geotourism map. They wanted to produce a folded and carriable paper print, which would depict all the places of interest within the park, as well as the hiking and bicycle routes on a topographic map.

I spent the following period collecting and processing data. The most important of all were the data related with the places of interest, which included very diverse categories. I had to map and to attribute numerous of locations, including geological sites, the geosites, unique archaeological sites dated since the Minoan times, byzantine chapels, medieval, castles museums etc.

I then collected all data associated with the suggested routes. Thankfully, I had participated in the past at the field mapping of most of the routes, especially the hiking routes, so I already had an adequate number of vector data in my geodatabase. For the new ones I had to hike with a GPS device on my hand and to record them.

I also mapped other important elements like the beaches, sports, activities and the settlements and villages and I traced the most important roads manually on ortho-corrected imagery.

The design of the map is minimal. In fact, only a couple of colors participate, while the rest are tonal variations. I wanted the map reader to perceive at first glance the two more distinctive characteristics of the area, which are the mountains and the sea.

All symbols are custom SVGs in the simplest possible rendering (dark gray). The complementary hues (reds, yellows and oranges) are limited to linear (e.g. the roads) or non-significant point features (e.g. the summits).

The final product was printed in paper and is freely available to the visitors of the Geopark at the information centers. It is also incorporated in large road signposts at key positions within the park.