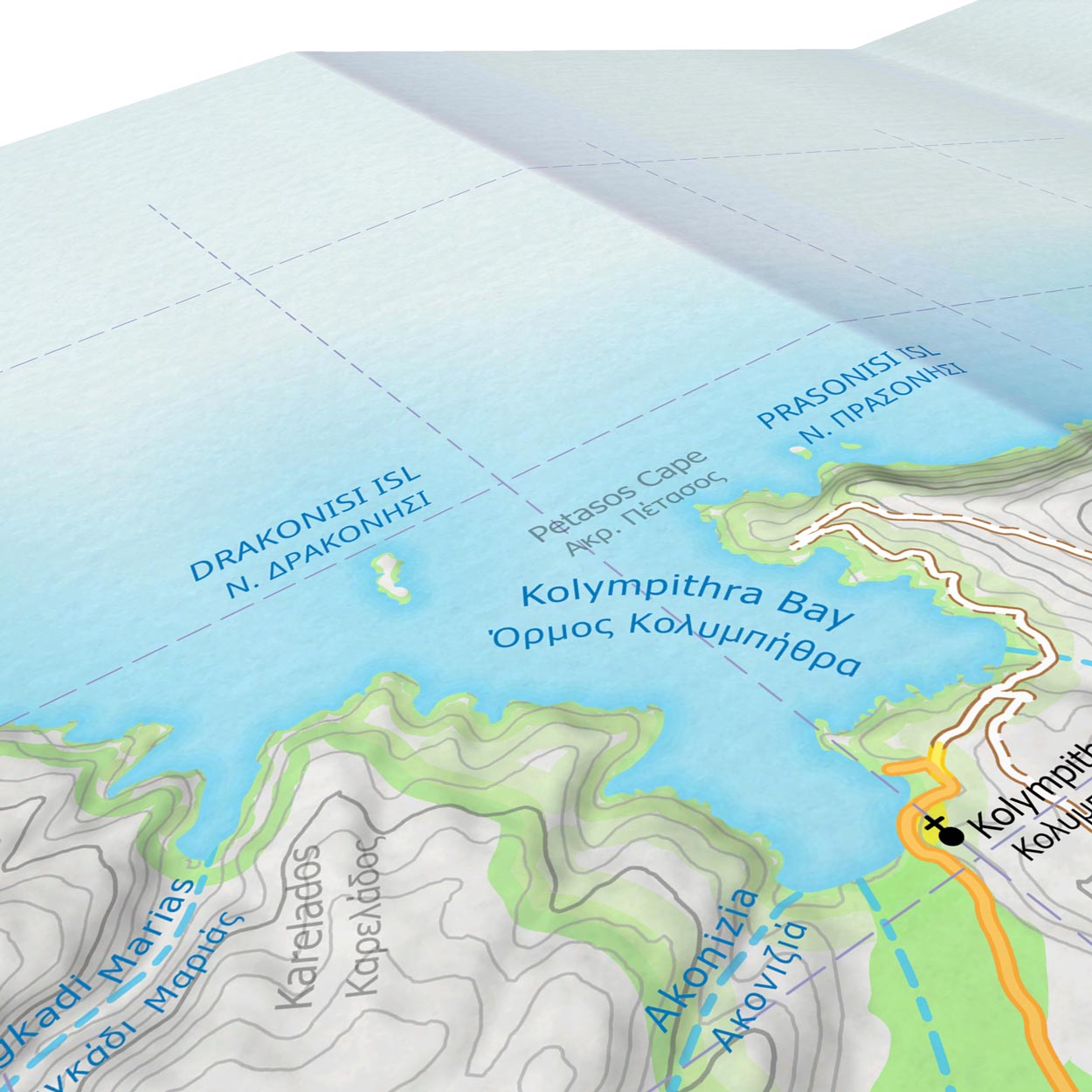 Tinos is a large island at the northern part of the Cyclades insular unit, in the middle of the Aegean Archipelago in Greece. It has one very diverse relief, ranging from mountainous areas to valleys and coastal plains. At the same time it has a plethora of settlements, villages and hamlets, dispersed all around the island.

Since ancient times, these characteristics have urged the inhabitants of Tinos to develop a vast and composite network of trails to connect the dwelling locations to one another, through her rough geomorphology, a network which still exists today. The present inhabitants of the island decided to rebirth the ancient and older trails and to enhance and further develop the hiking tourism, hence, they assigned the overall project to the Social Cooperative Enterprise Paths of Greece.

Paths of Greece spent sufficient time on the field to physically map these footpaths. They hiked all over the island and even crawled below harsh vegetation to discover hidden trails, claimed by nature a long time ago. Having collected all data they composed Tinos Trails, a dense and very well connected network of hiking routes, the mass majority of their length realized on pre-existing footpaths.

I collaborated with Paths of Greece to design a series of hiking maps destined to be used by any hiker on the island. One main outcome from our work was a foldable and carriable paper map. Due to the density of the network we assigned unique colors on each trail, besides their code labels, in order to facilitate the map reader to easily distinguish them from one another and we also included these colors in the map legend.

To sustain legibility, the basemap is as minimal as possible with a smooth natural palette, in order to not compete with the over detailed information of the hiking routes, but it is clearly readable at the same time, allowing the hiker to retrieve useful information such as the elevation contour lines, the toponyms etc.

Labels on map are in two languages, English and Greek, while on legend French and German have been included. The whole picture is fulfilled with the north arrow and the scale bar, both hand-drawn by Fivos, head of Paths of Greece.